Himachal Pradesh is one of India’s most attractive states, with well-known hill stations such as Shimla, Manali, and Kullu. The entire state is ideal for tourism. It is a hilly state located in the huge Himalayan hills. Several mountains are blanketed in white snow during the winter, and it lingers on high mountains all year. Online, you can book a Himachal Pradesh tour package from Kolkata.

Himachal is divided into twelve districts: Bilashpur, Chamba, Hamirpur, Kangra, Kinnor, Kullu, Lahual, Spiti, Mandi, Shimla, Sirmore, Solan, and Una. Mandi has the highest population density, while Kinnur has the lowest. This state contains a number of other towns and cities.

The tourism department works for economic development to attract as many tourists as possible to the state. Since the indecency of our nation, the performance of this department has been very high. Their efforts in the field of tourism have earned Himachal tourism a name. There is a big flow of people in Himachal from all over the world. You can also book your Shimla, Manali, Dharamshala, and Dalhousie tour packages from Kolkata with Holidays Hunt Travel.

How to Reach Himachal Pradesh From Kolkata

This hill station is appealing due to the stunning topography and alluring vistas of the lovely Himachal. Himachal frequently gives you the impression of being a smaller version of Tibet, from the Dalai Lama’s residence in McLeodganj to the Buddhist holy land of Lahaul and Spiti. On a vacation here, discover the energy of Himachal’s snow-covered peaks and breathtaking mountainous regions. If you’re wondering how to get to Himachal from Kolkata, the information provided below can be of assistance.

How to Reach Himachal From Kolkata By Train: There are no direct trains running between Kolkata and Himachal for passengers travelling by train. You can take a train from Kolkata to Delhi, Kolkata to Pathankot, where you can change to another train for travel to Kalka or Shimla. You can also board the picturesque Kalka to Shimla toy train, which travels through several tunnels in 5 to 6 hours. This trip requires a total of roughly 27 hours of travel time, however it can be shortened by flying from Kolkata to Delhi and then taking a train from that city to Shimla.

50
5
Dharamshala Dalhousie Tour Package
Dalhousie, Himachal Pradesh
If you are looking for the perfect destination where you can spend precious time with your near and dear ones while enjoying the wonderful nature, then Dharamshala Mcleodganj Dalhousie tour...
Price on Request
Explore
Featured 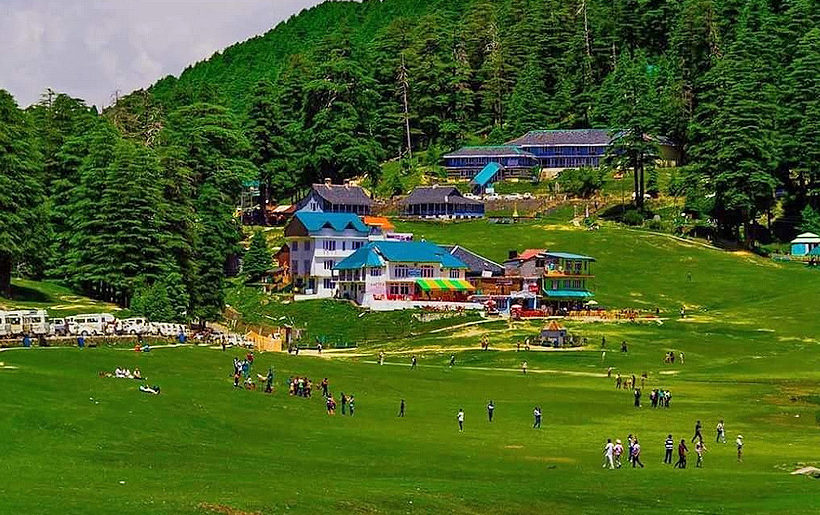