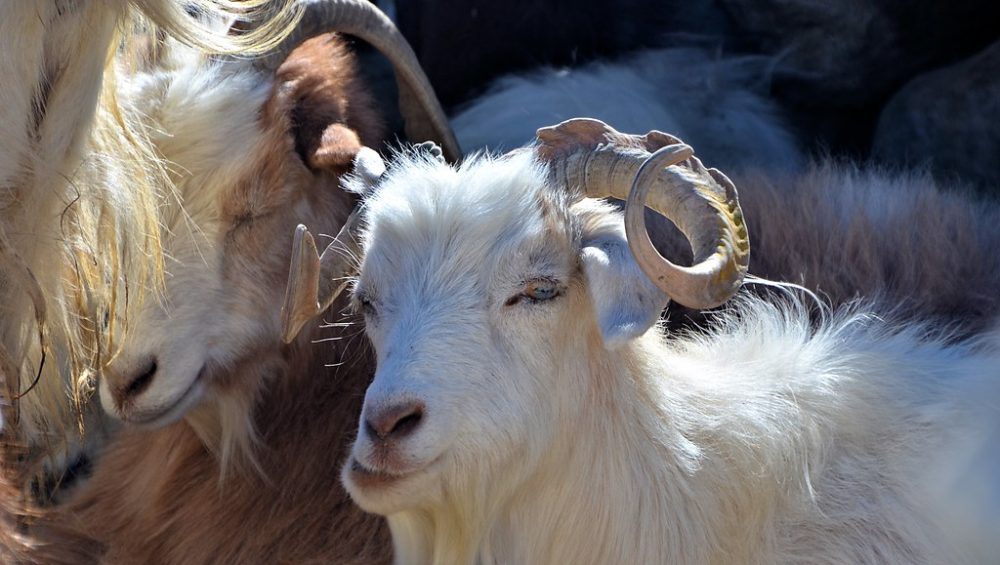 Kashmir wool, more commonly referred to as cashmere, is a fibre made from cashmere goats, pashmina goats, and some other goat breeds. For hundreds of years, it has been used to create clothing, yarn, and other textiles. When the Kashmir shawl arrived in Europe in the 19th century, cashmere became closely associated with the garment. The word “cashmere” is an anglicization of Kashmir. Both the soft undercoat and the guard hairs can be used, but the softer hair is only appropriate for use in textiles, whereas the coarse guard hair is best suited for use in brushes and other non-apparel applications.

Several nations produce cashmere and have improved processing methods over time, but as of 2019, China and Mongolia are two of the top producers. Afghanistan is in third place.

In order to ensure that products are correctly represented, more rigorous testing has been sought for several yarns and apparel that have been marketed as having cashmere but really contain little to no cashmere fibre. In Asia, overgrazing and poor land management have decimated grasslands, turning them into deserts, raising local temperatures and causing air pollution that has reached as far as Canada and the US. This overproduction of the valuable fibre has also resulted in poor land management, which has caused overpopulation.

The History of Cashmere Wool or Pashmina

Since ancient times, cashmere has been produced in Kashmir, Mongolia, and Nepal. Because it is used to make Kashmiri shawls by hand, the fibre is also known as pashm (Persian meaning wool) or pashmina (a Persian/Urdu word derived from Pashm). Texts that have survived date from the third century BC to the eleventh century AD and mention woollen shawls.

However, a widely held belief in Kashmir is that Zain-ul-Abidin, the king of Kashmir in the 15th century, established the local wool industry by importing weavers from Turkestan. Another local myth attributes the creation of all Kashmiri crafts to the revered saint Mir Sayyid Ali Hamadani, who is credited with bringing 700 artisans from Persia to Kashmir in the fourteenth century.

Ali Hamadani first learned about the warmth and fineness of Ladakh goat wool during his visit to the region. He created a pair of socks by himself using some goat wool that he had combed. Later, he gave those socks to Sultan Qutubdin, the sovereign of Kashmir (1374-89 AD). Sultan was astounded by their sturdiness and elegance. Ali Hamadani suggested to the king that Kashmir begin shawl weaving while he brought some raw goat wool from Ladakh. That was the point at which cashmere wool usage began.

Sources of Cashmere wool or Pashmina

When the goats naturally moult in the spring, when their winter coats are shed, cashmere wool is harvested. Goats moult in the Higher Latitudes as early as March and as late as May.

In certain areas, the mixed mass of down and coarse hair is manually removed with a coarse comb that rakes through the fleece and takes tufts of fibre off the animal. Following washing and dehairing, the collected fibre produces a larger yield of pure cashmere.

After being removed off the animal, the long, coarse guard hair is frequently utilised for brushes, interfacings, and other non-apparel purposes. Animals are typically shorn of their fleece in Iran, Afghanistan, New Zealand, and Australia, which results in a higher percentage of coarse hair and a lesser yield of pure cashmere. The most widely used technique in America is combing. Although the procedure can take up to two weeks, it is possible to comb the fibres out in approximately a week if you have a trained eye for when the fibre is releasing. The fibres obtained from younger goats are referred to as “baby cashmere,” and they are thought to be softer.

Production of Cashmere wool or Pashmina

With an estimated 19,200 metric tonnes (in hair) per year of raw cashmere production, China has overtaken all other countries (2016). Afghanistan, Iran, Turkey, Kyrgyzstan, and other Central Asian republics generate less hair than Mongolia, which ranks second with 8,900 tonnes as of 2016. According to estimates, the annual global clip is between 15,000 and 20,000 tonnes (13,605 and 18,140 tonnes) (in hair).

6,500 tonnes are thought to be produced annually from the fleece after animal hair, dirt, and coarse hairs are removed (5,895 tonnes). Communities in Kashmir continue to create ultra-fine Cashmere or Pashmina, but due to its scarcity, high cost, and the unrest in the region’s politics, it is very difficult to find and control the quality of. According to estimates, each goat produces 150 grammes (0.33 lb) on average each year.

Pure cashmere can be woven into fabrics that are cut and assembled into clothing such as outer coats, jackets, trousers (pants), pyjamas, scarves, blankets, and other items. Pure cashmere can also be dyed and spun into yarns that can be knitted into jumpers (sweaters), hats, gloves, socks, and other items of clothing. Scotch, Italian, and Japanese manufacturers of fabrics and clothing have long been recognised as industry leaders. In order to lower the cost of the garment or to acquire their qualities, such as the elasticity of wool or the sheen of silk, cashmere may also be combined with other fibres.