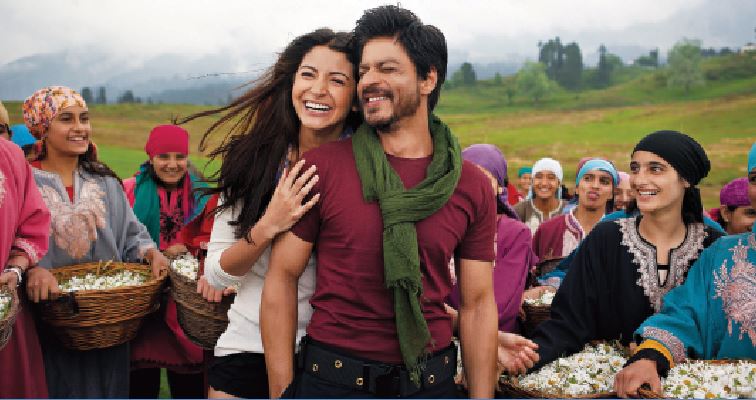 Kashmir’s Bollywood Connection and Popular Filming Locations  – Bollywood has had a decades-old connection with Kashmir, an association born out of the film industry’s fascination with the picturesque scenery of what’s rightly referred to as “paradise on earth.” In the olden days, when the means of communication were both primitive and scarce, advertising of Kashmir as a tourist destination was limited to photos in magazines and first-hand accounts of those few who had visited this place. However, both had their own limitations: while photography in those days couldn’t do real justice to the subject, hearing someone talk about Kashmir’s beauty was often brushed aside as exaggeration arising out of the desire to “show off.”

The beautiful valley of Kashmir is not only a fond tourist attraction but is also dear to the hearts of many movie directors from Bollywood. A huge number of old and new movies were shot in Kashmir. “The heavenly beauty of Kashmir could echo perfectly the heavenly emotion of romance”—this very opinion actually urged them to shoot all the romantic scenes in Kashmir. The article will tell you about the top Bollywood movies shot in Kashmir.

We all remember Shammi Kapoor romancing Sharmila Tagore on a shikara in the movie Kashmir Ki Kali. Yes, it is always difficult to decide what to admire most, Sharmila or the beauty of Dal Lake. Moving forward in time, the most recent Internet sensation is a pre-release romantic shot of Katrina Kaif and Aditya Roy Kapoor in Nishat Bagh for their upcoming film Fitoor. Srinagar has many captivating locations like Pari Mahal, the three Mughal Gardens (Nishat, Shalimar, and Chashme Shahi), and the Tulip Garden, to name a few.

The beauty of Gulmarg has been explicitly shown in films like Bobby, Haider, Jab Tak Hai Jaan, and Aap Ki Kasam. We all remember the famous Bobby Hut, named after Dimple Kapadia and Rishi Kapoor’s Bobby. Not to forget the trekking scene in Yeh Jawaani Hai Deewani, starring Deepika Padukone and Ranbir Kapoor at the world-famous ski resort in Gulmarg. Recently, the Saif-Katrina starrer Phantom, directed by Kabir Khan, was shot here and is based on the 11/26 Mumbai attacks and global terrorism.

The list does not end here. Fitoor, a romantic drama based on Dickens’ “Great Expectations,” is the first movie to be shot in Kashmir post-deluge in 2014. The beauty of Kashmir is eternal, and so is love, they say! Kashmir is going to be synonymous with romance, love, and beauty. With its unwavering love, Bollywood will continue to adore and woo Kashmir, the heavenly beauty, in the coming years.

Note: Holidays Hunt Travel, a local tour and travel agency in Kashmir, invites you to discover the state’s natural beauty. We provide the best Kashmir tour packages at affordable rates. For more information, please visit our website, HolidaysHunt.com, or call/whatsapp us at 9419915255.